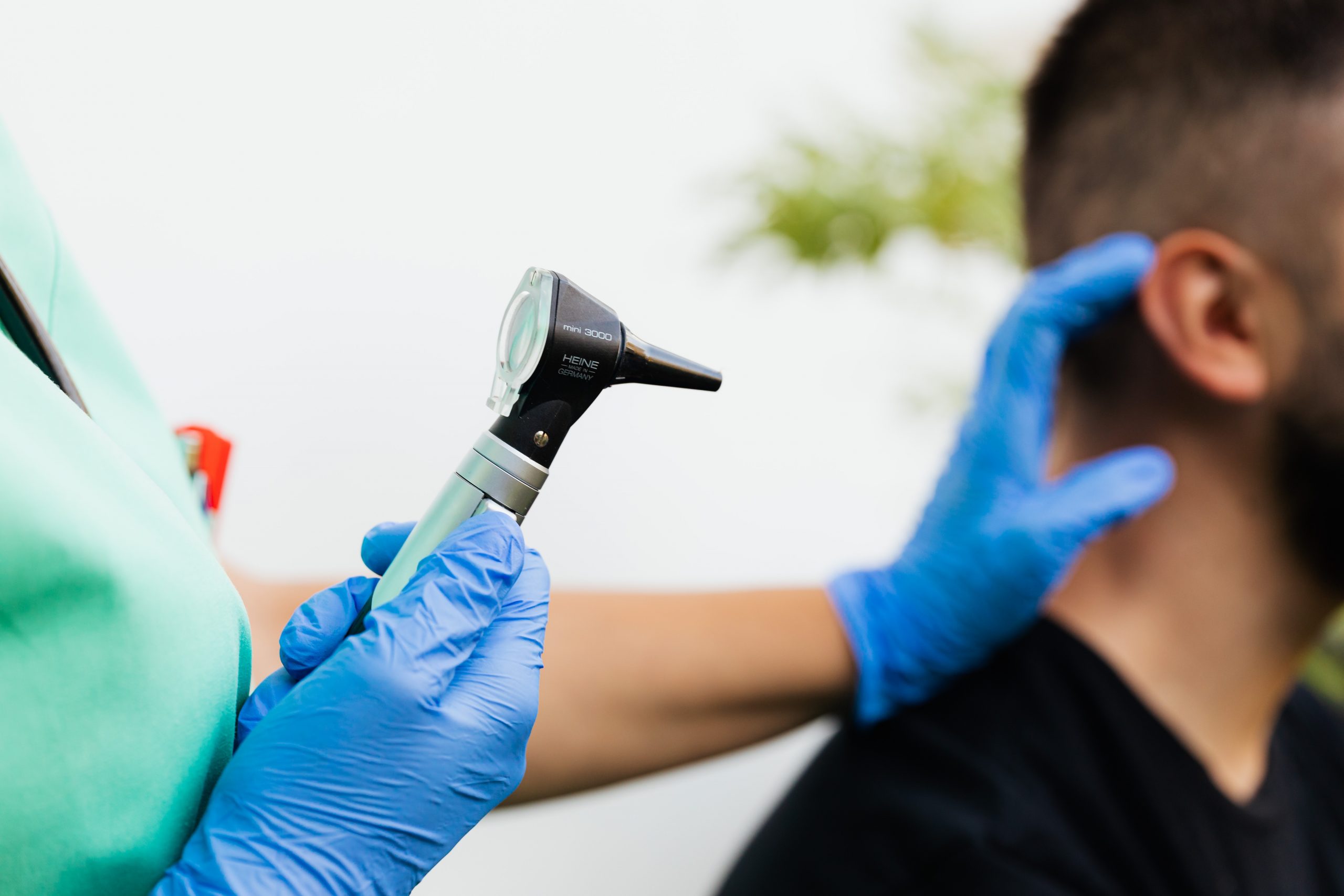 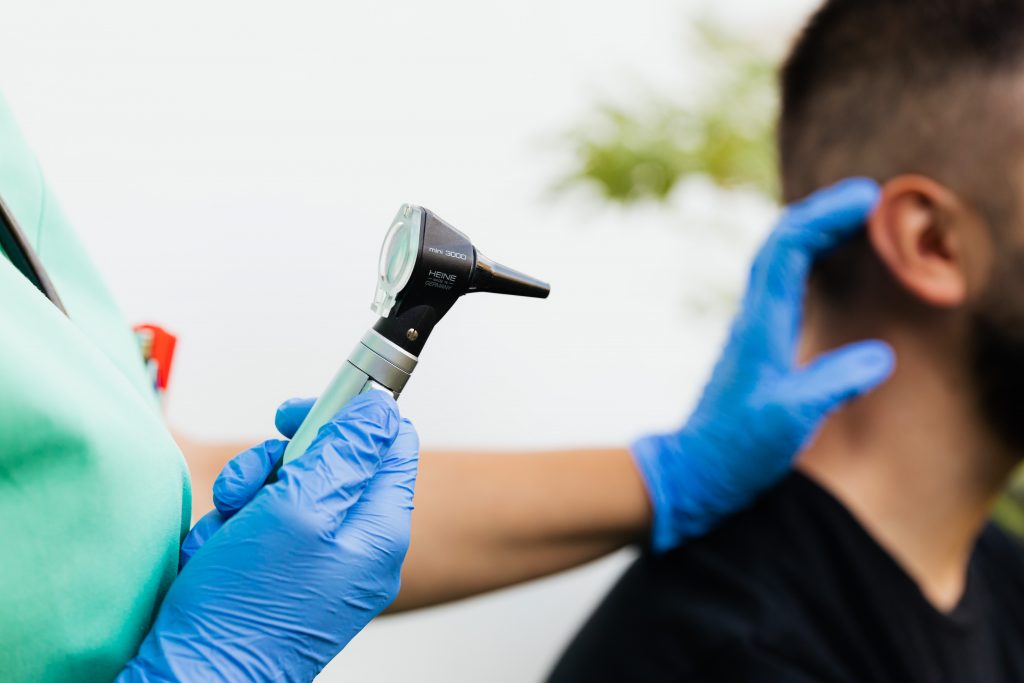 The feeling of having blocked ears can be incredibly frustrating to deal with, and it frequently happens with steep altitude changes while in your car, scuba diving, or even when flying. When traveling to attempt to remedy the blockage, many will try to chew gum or hold their breath to find relief. Other common solutions that we have all tried before may include exaggerated yawning or by swallowing large mouthfuls of water. When these solutions fail, the next step might be to wiggle the outside of your ear canal with your index finger to “loosen” the blocked ear feeling. These remedies may let us feel like we have control over improving our discomfort caused by the blocked ear; often, the block will persist until it goes away on its own. But, what if it doesn’t get better, or what if the block becomes worse and is accompanied by increased discomfort or starts showing signs of a possible infection?

What Exactly Causes that Blocked Feeling?

The ear is an intricate system of passageways that consists of three parts, the external, middle, and inner ear. The Eustachian tube, which connects the middle ear to your throat through the space behind your face and nose area, has the purpose of regulating the pressure level in your ears by opening and closing to ventilate the pressure, for example, when yawning or swallowing. When the pressure is off in this passageway, it can create a crackling or popping sensation or noise.

The Eustachian tube also protects the middle ear by draining both good and bad secretions from the middle ear and out through the nose and throat. Along with changes in pressure, a blocked ear can also result from fluid build ups, such as mucus, caused by an infection, by anything from the common cold, sinus infection, or other illnesses.

Blocked ears can also be caused by earwax. Earwax is essential to the overall health of the ear by helping keep it keep clean and by preventing debris from entering. However, when earwax builds up, becomes hard, or gets pushed too deep into the ear, often by the misuse of cotton swabs, it can create a blocked ear.

3 At Home Remedies for Blocked Ears

The first remedy is the Valsalva maneuver, which just means clearing the blockage by popping your own ears intentionally. To achieve this, keep your lips closed, plug your nose and blow! If this works, your cheeks will puff out, and you’ll experience a “pop,” hopefully followed by relief. If this remedy is unsuccessful, don’t keep repeating it, it could cause damage to your eardrums.

The second remedy is by combining hydrogen peroxide or rubbing alcohol with warm water (never hot!) and dropping a few into your ear. To best access your ear to place the drops, tilt your head to have the clogged ear facing upward. Use a dropper to put one to two drops in your ear, let it sit for 10 to 15 seconds before un-tilting your head. Try this a few times a day for only a couple of days; the blocked feeling should clear up if successful.

Lastly, consider buying over-the-counter ear drops or decongestants to help clear your ears. The blocked ear could be a result of congestion caused by allergies, illness or a sinus infection. Always consult your doctor or the pharmacist before taking anything over the counter, and always take as directed.

To prevent making the blocked ear worse, never put a cotton swab far into your ear; they are intended to be used on the outer part of your ear. It is very dangerous and can cause more harm than alleviate any discomfort, and chances are it will only make it worse as it forces earwax or debris further into the ear.

Never try “ear candling” to clean your ear; candling is supposed to work by creating a vacuum effect by heat to pull the earwax out of the ear and into the inside of the candle. Candling can cause irreversible damage or burn the ear and is not a recommended remedy by ear professionals.

If your ears are still feeling blocked and you’re experiencing discomfort, it is time to make an appointment with a healthcare professional.