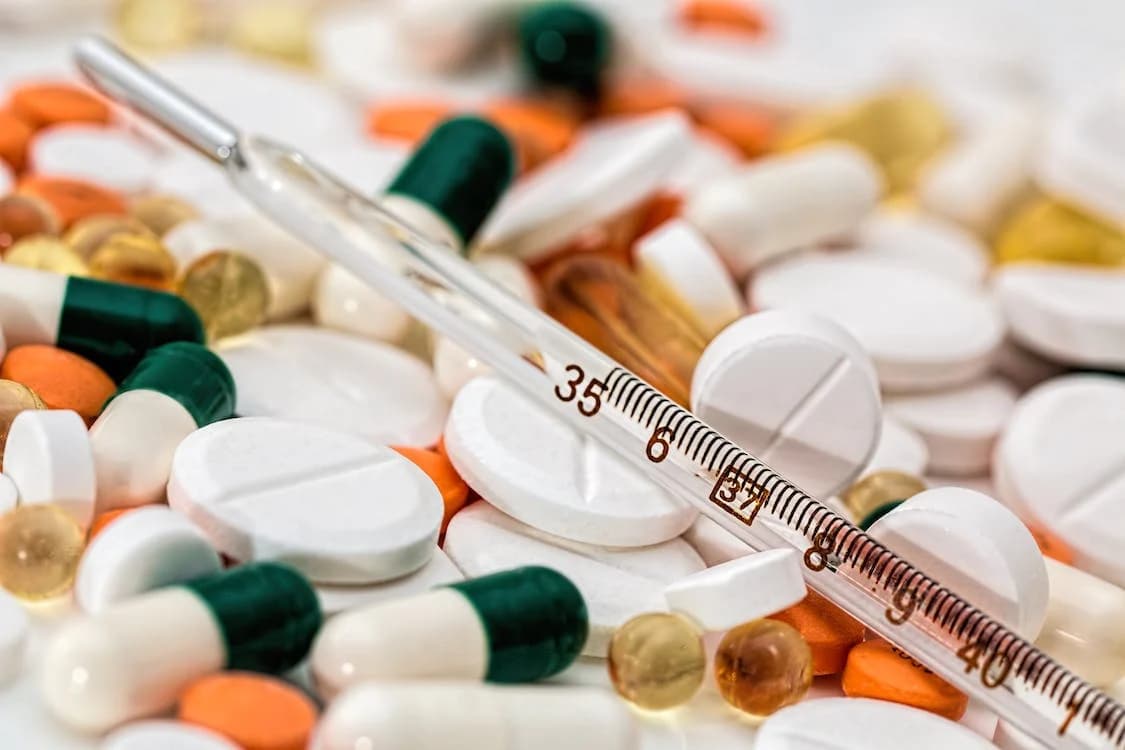 Many children develop ear infections before two years of age, caused by bacteria or viruses. Ear infections, which frequently follow a cold or throat infection, can be uncomfortable or even painful. The following information about treatments is crucial for parents who have small children or have frequent infections themselves.

You probably already know that children get earaches if you look after them. Earaches happen to adults too, but they happen to kids more regularly. This is because their small ears are still not efficient at draining fluids and are less able to combat viruses and bacteria.

You or your child may also experience a fever, runny nose, or sore throat in addition to an earache. These indicate that there might be an infection. You may wonder if antibiotics can treat ear pain.

Why Do Ear Infections Occur?

The outer, middle, and inner ear comprise the three main parts of the ear. The tympanic membrane (eardrum), auditory canal, and the outer structure of the ear make up the outer ear.

How Are Ear Infections Treated With Antibiotics?

Young children are most frequently affected by ear infections. They usually result from upper respiratory infections. Before the ear infection, you or your child may experience the following symptoms: cough, runny nose, and sore throat.

It’s possible to have both an ear infection and an upper respiratory infection if bacteria bring on the latter. A middle ear infection happens when bacteria become trapped there. Most frequently, Streptococcus pneumoniae and Hemophilus influenza bacteria are to blame.

However, an ear infection can still happen if you have a viral respiratory illness. Bacteria can enter your middle ear and become trapped there as you heal, creating a secondary infection.

Which Antibiotic Is Best For Ear Infections?

Antibiotics can treat ear pain, but it’s crucial to follow the instructions for any antibiotic your doctor prescribes and to see it through to the end. The risk of recurrent infections and the development of bacteria resistant to antibiotics rises when the course of treatment is not fully completed.

You might believe the infection disappeared a few days after taking medicine. However, skipping doses can cause the condition to return and the bacteria to become resistant to antibiotics.

A doctor can identify an ear infection by looking at the patient’s ears and asking about their symptoms. Usually, ear infections can be taken care of by your immune system, and antibiotics are not always necessary.

Multiple antibiotics medicines are available because every person and ear infection is unique. One of the antibiotics typically prescribed for ear infections is amoxicillin. However, it is overused and can be ineffective as some bacteria develop resistance to it.

The standard treatment for recurrent bacterial ear infections is antibiotic ear drops (also known as ototopical antibiotics). They are applied topically where the condition is, which means they have fewer long-term side effects.

The otic suspension (liquid) containing the prescription drug Cortisporin is used to treat bacterial ear infections and reduce swelling. Stinging or burning when dropped into the ear is the most frequent adverse effect.

A prescription otic suspension called Ciprodex treats bacterial infections and inflammation in middle and outer ear infections. Usually, it must be taken twice daily for seven days. Itching, pain, or stinging in the ear are typical side effects.

For a ruptured eardrum, otic solutions containing ofloxacin are used instead. Pain, irritability, and itching are common side effects.

Amoxil (amoxicillin) is used to treat ear infections. Nausea, vomiting, and rash are typical side effects. Some bacteria have become resistant, so oral liquid antibiotics like Augmentin and Zithromax are also often prescribed. Upset stomach and diarrhea are frequent side effects. Some people report headaches and nausea.

Cephalexin, the active ingredient in Keflex, is another oral antibiotic. Changes in stools, stomach aches, nausea, and vomiting are frequent side effects.

Another common oral antibiotic for ear infections is Septra (sulfamethoxazole trimethoprim). Skin rash, nausea, and vomiting are examples of frequent side effects.

Antibiotics treat ear pain in many, but not all, situations. Follow all the directions if your doctor prescribes antibiotics. Even if you or your child are feeling better, take all the prescribed doses.

Contact your doctor or pharmacist immediately if you miss a dose or become ill while taking the medication.

Not all ear pain is caused by an infection or can be cured with antibiotics. So, if you have earwax issues, tinnitus, or hearing loss and are concerned for yourself or your child, schedule an appointment today with us for an evaluation.